Book #1: When Life Gives Your Lululemons
By: Lauren Weisberger
Who doesn’t love a Devil Wears Prada connection? The main characters from the book and movie are all major players in this story. This was a quick read and I can see exactly why it was anticipated as a sequel. The main character, Emily, was just snarky and independent enough that it was entertaining and kept my attention. I also loved how Miranda Priestly made cameos throughout the book. 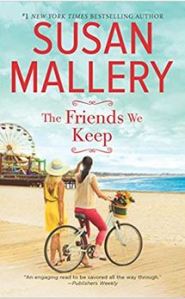 Book #2: The Friends We Keep
By: Susan Mallery
I’ve read a couple books from this author and although her plots are a little predictable, they’re always entertaining and light. Her books make excellent audio books for driving – light enough that you know what’s going on, but if you zone out you can still piece together what just happened. This author delicately covered teenage pregnancy, miscarriage and struggling relationships, but she connected it all together at the end. It was a feel good read.

Book #3: Heartburn
By: Nora Ephron
This book was hilarious, yet kind of sad. I loved that the audio book was read by Meryl Streep. I could see her playing the main character in a movie and I feel like it made the entire experience of the book. The main character is a cookbook author, so the story is scattered with random recipes that the author weaves in. It was clever, but sometimes annoying. I vividly remember a section about mashed potatoes that I swear went on for forever. I also feel like the ending was empowering, but left me feeling a little sad. 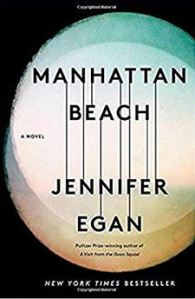 Book #4: Manhattan Beach
By: Jennifer Egan
This book was set in New York City during World War II and it instantly hooked me with a Great Gatsby feel. It was fascinating to learn about women working during the war and hear the vivid tales directly from battle. I liked that the book switched points of view between the characters. I also loved the main character’s account of nights out in New York City and encounters with crooked gangsters with mob ties. I didn’t feel satisfied with how it ended, but it was interesting enough that I didn’t see it coming. (And sometimes that’s better than a predictable ending anyways!)

Book #5: The Death of Mrs. Westaway
By: Ruth Ware
Dang this book was good! Ruth Ware is fantastic! It was suspenseful, well-written and shocking. The story is set in London and follows how the family dynamics after a death slowly unfolds – along with many secrets. Not everyone in the family is who they claim to be and there were a few twists and character betrayals that were shocking. If you’re looking for a semi dark, quick read – look no further! 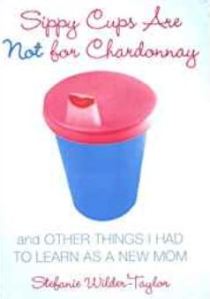 Book #6: Sippy Cups Are Not Chardonnay
By: Stefanie Wilder-Taylor
A bunch of my friends read this book and said it was hilarious. We’re not expecting, but I figured what the hell, it’s probably a quick read and I wanted to see what all the buzz was about. This book is written with a hilarious humor that left me laughing out loud. I also liked the chapter specifically about friends who don’t have babies yet. In a world where my husband and I are pretty much the last couple on earth to not have kids yet, it made me feel better that the author was justifying us. I specifically liked the comment – not everyone gives a shit about your baby or pregnancy as much as you do. Amen sista, amen.

Book #7: The Women in Cabin 10
By: Ruth Ware
*Favorite book of 2019*
Another awesome Ruth Ware read!! I feel like I’ve seen this book all over the place, so when it was available for audio, I downloaded it and quickly finished it. This book was another suspenseful tale and multiple times I thought the story was going to be over, but then another screwed up thing happened! I remember laying in bed listening to this book and feeling my heart race. I imagined what I’d do in a similar situation and was scared speechless. I love how the main character builds and gains confidence throughout the story. 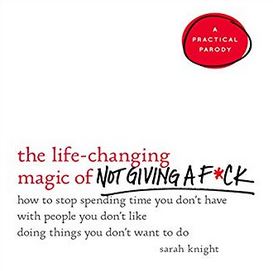 Book #8: The Life-changing Magic of Not Giving a Fuck
By: Sara Knight
I often listened to this book on my morning walks with the dog…and numerous times I felt embarrassed when I passed someone and the audio book was spewing the F word. Still, this book was a nice reminder to reevaluate what truly matters. There were exercises to do that involved writing things down, which I didn’t do physically, but I followed along. This book was all about how to enjoy your life without feeling guilty for saying no to things that you don’t really care about. It gave me a different way to look at things and is one of the better “self help” books out there.

Book #9: Yes Please
By: Amy Poehler
I love a good memoir, but often times I prefer to listen to them. This is especially true of comedian’s books. I attempted to read Tina Fey’s book last year and couldn’t get through it, but when I downloaded the audio book I started to enjoy it. (I think mainly because it reads like standup comedy.) The same was true with Amy’s book. My husband and I listened to it during a road trip and enjoyed it. But I’m not sure I would have had the same opinion had I listened to it just driving to and from work. The long hours in the car were nice for zoning in and out.

Book #10: My Lovely Wife in the Psych Ward
By: Mark Lukach
I won’t beat around the bush with this book – it f’d me up. I’m not sure if it was because mental illness runs in my family, or because of how rare and sudden a mental illness can come on. But this story was intense and frightening. It was a memoir from a husband whose wife has a psychotic break at age 27, which is apparently rare for a mental disorder to manifest that late. It was sad, but told beautifully. I also really related to the husband in that he turned to working out, running and being active to harbor a lot of his pain. It was more hopeful at the end, but if you’re looking for a truthfully frightening book about mental health, this is for you.

Book #11: Inside Out
By: Demi Moore
I’m not going to lie, I wanted to read this book after I read about Ashton Kutcher’s responses  to it on Twitter. I wanted to find out all the juicy details! In truth this was a quick read. Demi has a powerful story to tell, but I couldn’t help but feel bad for her in the end. Her story is the classic Hollywood fall from grace and her self-acceptance often relied on men or her body image. Still, it was interesting to get her perspective on what it was like being an icon in Hollywood in the 80’s and 90’s. I also enjoyed learning about life on movie sets and her personal stories from shooting G.I. Jane.

Book #12: Becoming
By: Michelle Obama
My friend recommended this book after she told me that Michelle wrote so beautifully that she would often close the book and sit there for a few minutes after reading, letting it all sink in. I’m a fan of Michelle, so I knew I had to give it a try. It was interesting to learn about her background and how she grew up. I also enjoyed the stories about becoming the first lady and moving into the White House. I never thought too much about the secret service, but it was intriguing to hear quirky little stories about them following the Obama family around Target. I thought her chapter on her father’s death was beautiful, but so sad. She really captured the emotion and strangeness of death.

Book #13: Girl, Stop Apologizing
By: Rachel Hollis
What can I say about Rachel Hollis. I love her and at the same time she annoys the crap outta me. And I GET IT. There are some women out there who need to hear her message and need a fire lit under their butts. But for someone like me (who already practices a lot of what she preaches) I get very annoyed at hearing her bragging. (We get it, you’re a millionaire who built a company off what you learned on Google.) This was supposed to be her most tactical book yet, but I left with no real takeaways. There are some women who probably think everything she writes is holy (and she is a fantastic writer don’t get me wrong), but I’m not lacking in the discipline or motivation department so this book didn’t really do anything for me. I have also never been one of those women who say “I’m sorry” all the time (if ever, LOL), so that didn’t resonant with me either.

Book #14: Sleepless in Manhattan
By: Sarah Morga
*Least favorite book of 2019*
This book was cheese city. I wanted a quick, light read after reading so many memoirs back-to-back. But this book just turned out to be a goofy rom com that wasn’t very deep. About 10 pages in you could guess the entire plot of the story. I did like the main character and her sense of independence, but that was about it. Even the title of the book is unimpressive and not very clever.

Book #15: A Stranger in the House
By: Shari Lapena
I’ve seen this book around and knew it would probably be a quick read because of the suspense. It kept me guessing the entire time and there was a slight twist in the end that I didn’t see coming. It was written in first person, which I thought was a little weird and awkward to read, but overall this book was good.